Jonas Svensson who was 10th in the world and 2 times semi-finalist at Roland- Garros, together with Tore Meinecke ranked 46th in the world, merged their first names and united their skills to found JoTo Tennis in 2004.

JoTo Tennis is a Tennis Club and a Tennis School for Juniors and adults.

Players of the professional circuit in the 80’s and 90’s, they were also friends. Tore asked Jonas, who was at the time residing in Sweden, to join him in Geneva to create a special tennis school.

Initially the concept took shape on the courts of a Geneva Club, but unfortunately it was not possible to realise their goals as Tore and Jonas had wished, and they made the decision to become independent and moved to courts at the hotel in Chavannes-de-Bogis.

Tore’s wife Celine Cohen Meinecke, a former player on the professional circuit also joined them in their project to achieve their goals.

Soon after their move, a large building construction took place to create a covered structure in order for the tennis school to operate all-year-round. 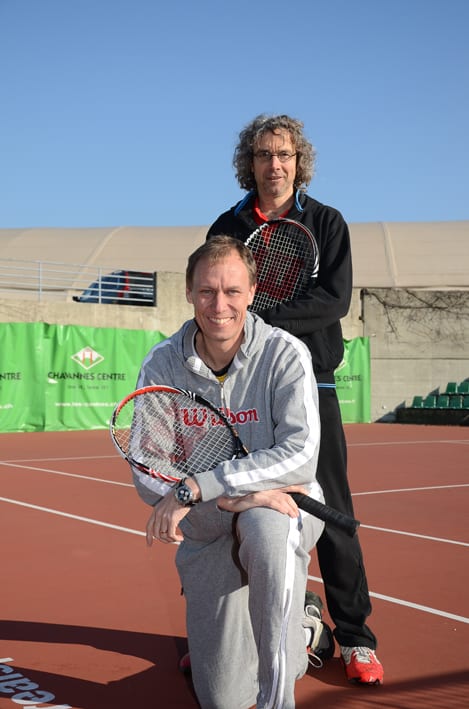 Club players from an early age, Jonas and Tore founded the Tennis Club Chavannes de Bogis, which has become the ‘starting point’ for many good, passionate players, happy to enjoy the benefits of this magnificent sport, which is tennis.